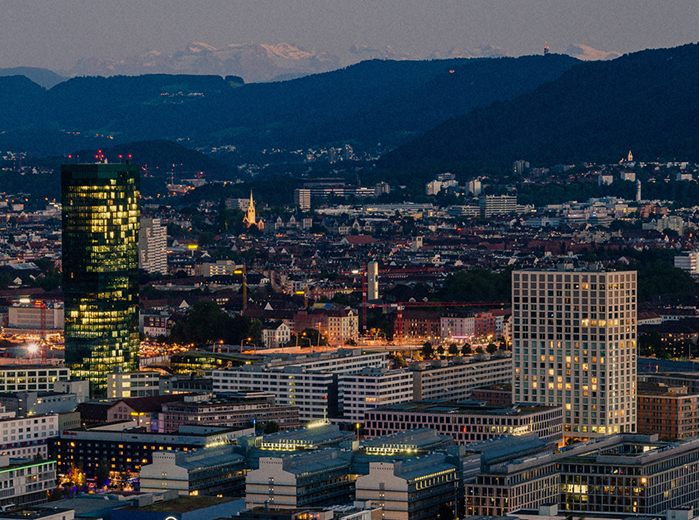 “Uncertainty is the only certainty there is and knowing how to live with insecurity is the only security.” – John Allen Paulos, mathematician and author.

Uncertainty is the only certainty…

Uncertainty has been a hallmark of the Covid-19 pandemic, surrounding every key aspect: the infectiousness and course of disease; our ability to develop treatments and vaccines; the duration and effectiveness of social distancing; the economic impact of the pandemic; and, above all, the significance of any structural damage this pandemic will have for global productivity and mid- to long-term growth.

Optimists (correctly) argue that recent news has been encouraging: the viral curve is flattening; testing is on the rise; tracing is moving forward; healthcare systems are coping better; recoveries are increasing but, more importantly, treatment options are widening and progress towards a vaccine, as per the statements of many policymakers and researchers, is encouraging albeit still with uncertain timing.

However, the global health, social, and economic battle with Covid-19 is far from over – and a true – U- or even V-shaped – recovery is not as close as one might hope for. Unlike most of the economic crises in recent history, this crisis has not emerged from a specific sector in the economy. On the path to recovery, expansionary fiscal and monetary policies are unlikely to be as effective as the choices of the average consumer; the post-lockdown consumer habits and attitudes will ultimately determine the nature and speed of the economic recovery: a discouraging fact given the enormous rise in unemployment and the magnitude of consumer impact that this pandemic has created.

Today, with many nations almost fully losing the Consumption and Investment components of their GDPs, and with global trade being under the mercy of the US-Chinese skirmishes, global investors are closely examining the public health response and economic fundamentals of different nations in order to determine their own investment strategies and capital allocations. In this tough task, it is safe to say that the only certainty is… uncertainty.

While the impact of the pandemic has been significant, quantifying the uncertainty and sentiment shift it has resulted in is very challenging due to the tremendous speed with which the crisis has unfolded. Looking at the US, for example, in February 2020, the unemployment rate stood at 3.5%, its lowest rate in the past 65+ years. A mere eight weeks later, the outlook has shifted profoundly: more than 35 million Americans have filed for unemployment benefits, with economists predicting the unemployment rate to be about 20%, a level unseen since the Great Depression of the 1930s.

Focusing on forward-looking uncertainty proxies, the huge impact of Covid-19 is even more obvious. The VIX, a forward-looking volatility index on the S&P 500 index, has increased by about 500% from 15 January 2020 to 31 March 2020 (Figure 1). Similarly, the Euro STOXX 50 volatility index (VSTOXX) has exhibited a steep and sudden increase owing to a rise in risk perception in Europe.

Such observations are not only limited to equity market measures. The Economic Policy Uncertainty Index surged from around 100 in January 2020 to almost 400 in March 2020, the highest value on record. Similarly, global PMI indices, a key indicator of global economic sentiment, also indicate a rapid deterioration in the economic outlook (Figure 2).

Against this background, consumer sentiment remains depressed in most of the world’s economies and uncertainty remains at all-time-high levels. This, as one would expect, is resulting in a significant capital flight to global safe havens – with Switzerland and the Swiss economy being one of the top short-list candidates.

The Swiss economy has shown very positive developments in late 2019 and early 2020, with GDP expanding by 1.3% in Q4 2019. The Swiss National Bank (SNB) had predicted growth of between 1.5-2.0% for 2020. Encouraging at the time, the sources of growth were significant and varied ranging from the growth in private consumption, government expenditure, investments, and the balance of trade.

However, the country has not proven immune to the Covid-19 economic downturn. The KOF Economic Index, conducted in the first fortnight of March, i.e. before the introduction of containment measures, fell by 101.8 to 92.9 in March, marking its biggest monthly decline since 2015 (when the SNB had decided to abandon its ceiling for the Swiss Franc against the Euro) and thus remaining significantly below its long-term average of 100. Furthermore, on the consumption side, the SECO index of household confidence, the preliminary results of which were published exceptionally in April, shows a fall in the index from -9.4 in the first quarter to -40.0 in the second quarter, bringing it back to its lowest level since the early 1990s.

While significant, given the nation’s solid economic fundamentals, the SNB maintains that, as soon as the national and international containment measures can be lifted, economic activity will rebound and is likely to return to normal potentially more swiftly than in other countries.

The return to normality is predicted from the second half of the year and could thereafter be reflected in strong growth in 2021.

Such growth will likely be supported by the vast scale of Swiss government support to counter the economic impact of the virus. At a federal level, the authorities have to date released a huge CHF 65 billion program to help the Swiss economy cope with the consequences of Covid-19. This includes CHF 16 billion in expenditure to support specific sectors, CHF 41 billion in guarantees, and CHF 8 billion in compensation for short-term working.

This plan, which is equivalent to almost 9.3% of GDP, is the largest-ever fiscal support launched in Switzerland. However, given that Switzerland is fortunate by having a very low public debt (24% of GDP) and recorded a budget surplus in recent years, the government has the means to sustain and even further expand this program of public spending.

However, the appreciation of the Swiss Franc, which is of great significance to the Swiss economy, is not only determined by internal forces of supply and demand, but rather driven by the levels of global uncertainty and, in addition, global capital flight to safety.

Throughout previous crises and times of global uncertainty and instability, both economic (1997 Stock Market Crash; 1998 Russian Financial Crisis; 2000 Dot-com Bubble; 2008 Global Financial Crisis; 2010 Euro Debt Crisis), and political/natural (2001 WTC Terrorist Attacks; 2002 SARS Outbreak; 2003 Iraq War; 2004 Tsunami; 2009 Swine Flu Outbreak), the Swiss currency and economy have exhibited unparalleled resilience and proven to be a safe-haven destination to which not only Swiss institutional capital but increasingly also international capital was redirected. According to research, World War I marks the origin of the strong currency and safe-haven status of the Swiss Franc.[1]

Over that long period, global turmoil and uncertainty resulted in Swiss Franc appreciation, mainly driven by higher capital inflows to Switzerland[2], mainly attracted by the country’s stability and sound economic policies. Due to this, the SNB has frequently found itself in a position requiring actions to control a sudden appreciation of their currency as a significantly stronger Swiss Franc would harm the country’s trade balance and would increase the risks of deflation.

The Covid-19 crisis is the latest in a list of factors reinforcing the Swiss Franc’s international role as a safe-haven currency and the crisis has proven that, again, global investors are ‘all in on the CHF’, especially as a hedge to increasing European idiosyncratic risks[3] . However, as it has often been the case that, whenever the Swiss France suddenly appreciated, the SNB has immediately announced that it will apply careful measures to “counteract the attractiveness of Swiss Franc”[4].

To influence the price of the Swiss Franc, the SNB has historically mainly focused on foreign exchange (FX) interventions, rather than lowering interest rates or applying quantitative easing (QE) to buy domestic bonds and assets. This was witnessed again recently during the last few months.

In response to the current crisis, the SNB has not responded by lowering interest rates but, instead, it introduced measures to reduce the cost of the negative interest rate for banks, and to provide liquidity through refinancing as well as suspending the counter-cyclical capital buffer, supporting bank lending despite the potential drying-up of cash flows in 2020. This strategy was mainly applied due to: (1) the already high demand for Swiss assets from local and international capital, (2) already having a negative interest rate (-0.75%) with any further lowering of such rate providing harm to banks and financial institutions, potentially increasing the risk of a credit crunch.

Such FX interventions (Figure 5a) have been effective in controlling the appreciation of the Franc at a level close to CHF 1.05 to the Euro (Chart 5b). However, as per SNB policy, the intervention further aimed at ensuring that the banking sector, as the main channel for financing the Swiss economy, can maintain the supply of credit. Thus, by increasing the amount of liquidity in the banking sector free of negative interest rates, the SNB sought to ensure that its interventions in the FX market, which mechanically increase the liquidity held by Swiss banks, did not significantly increase the absolute cost of the negative interest rate to the banking sector.

At the same time, by creating a new refinancing facility and suspending the counter-cyclical capital buffer for mortgage loans, the SNB has increased the banking system’s ability to lend to the economy – further supporting the local banking sector and counter-acting domestic deflationary pressures.

Overall, this has been widely considered to be a highly suitable approach that was successful in controlling the appreciation of the Swiss Franc. In the coming quarters, it is expected that the SNB will continue its interventions in the FX market to stabilise the Swiss Franc exchange rate between 1.05 and 1.06 Swiss Francs per Euro. However, moving forward, many argue that such large-scale FX interventions are not sustainable long-term, and an appreciation of the Swiss Franc is likely to be the only way forward, in particular because of the exploding size of the SNB’s balance sheet, reaching a record CHF 850+ billion.

For a central bank of SNB’s size, its investment portfolio is unusually large, equivalent to 122% of Swiss GDP and one-sixth the size of the ECB’s balance sheet.

Furthermore, some foreign political pressures will now be added to the any domestic policy considerations: the US have re-added Switzerland to the Treasury’s monitoring list of potential currency manipulators. While largely symbolic, both facts could restrain the SNB’s room for ongoing large-scale FX interventions.

While the SNB has clearly stated that it will do whatever it takes to achieve its objectives, for example by limiting the risk of importing deflation (resulting from a significant appreciation of the Swiss Franc) and supporting the banking sector’s ability to issue credit, it will also need to avoid the drying up of cash flows and generating an additional shock to domestic demand that would accentuate downward pressure on prices. The Swiss Franc will remain a strong and stable currency which will continue to provide a robust portfolio hedge in this environment.

The Covid-19 pandemic has created an enormous global uncertainty shock – the latest in a list of factors reinforcing the Swiss Franc’s international role as a safe-haven currency.

To counteract the increased upward pressure on the Swiss Franc, the SNB decided to intensify its interventions on the FX market as well as introduce measures to reduce the cost of the negative interest rate for banks, and provide liquidity through refinancing as well as suspending the counter-cyclical capital buffer. The measures have proven very successful in keeping a Swiss Franc appreciation at bay, while accounting for the specific features of the Swiss economy.

Moving forward, consensus is that the Swiss Franc will remain stable and any movement is likely to be towards further appreciation.

Fuelled by greater global uncertainty, and a lower appetite to intervene in FX markets – this trend is only likely to intensify in future. European and global capital inflows into Switzerland are likely to further grow, especially when considering the increasing sentiment driven by direct and indirect signals of tax hikes and even introduction of wealth taxes in certain southern European and other countries.

Hit enter to search or ESC to close